Estelle arrived on time and after a short discussion about Loki's issues he was brought into the room and greeted Estelle with tail wagging. They hit it off immediately! We discussed the type of food l was giving to Loki and it was agreed that l should look into feeding him a more protein based food because the present dry food contained a high proportion of carbohydrates which could impact on his behaviour. I am in the process of gradually changing his feed over. Already there are signs of improvement with calmer behaviour! I was given several valuable tips which l have put into practice e.g. tone of voice, inadvertently rewarding unacceptable behaviour, buying him antlers to chew instead of well anything he could get his teeth into. He is engrossed with said antler now. From been terrified of getting into the car the training he received has given him more confidence. We are not there yet but following advice l am going at his pace and not rushing him. I feel that this first lesson has put us on the pathway to creating a better understanding between us and Loki is now more aware of what is acceptable. 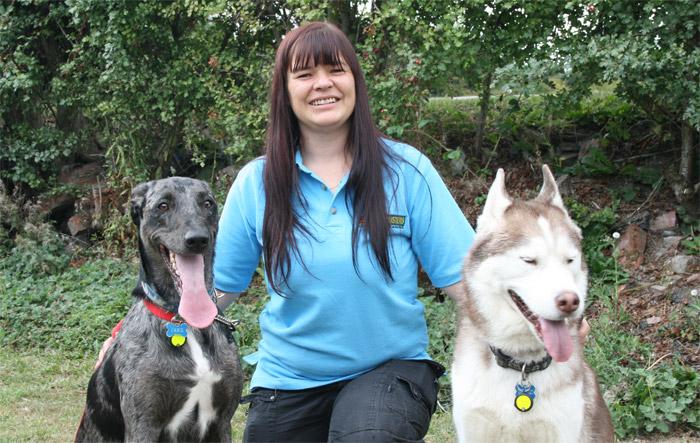