Kevin was recommended to us by friends he had helped. Rejjie was very ‘barky’ and reactive on walks and with our neighbours. He also barked relentlessly when the doorbell rang. It had reached a point where I didn’t want to take him out and avoided other dogs on walks, particularly large dogs as he seemed most agitated by them. Kevin went through the training explaining what we would do, Rej barked through most of this! The training began and Rej responded well in our home, we also met our neighbour and he remained calm. He was introduced to Kevin’s dog Bruno, a large Doberman. I was not looking forward to this but Rej was so good and Bruno is a gentle giant. I can honestly say I was blown away at how quickly Rej improved. We have been left with exercises to practice and this has begun. Today Rej met dogs at the beach and he even played with one of them. Can’t recommend Bark Busters and Kevin enough. 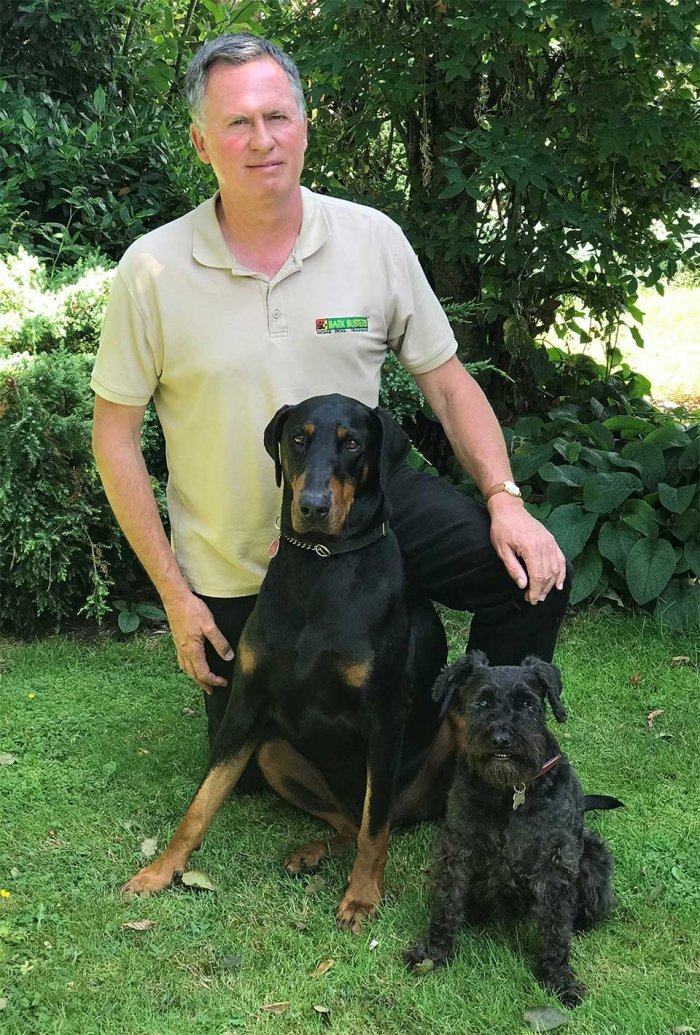