What our clients say about Alex Fraser

Flo is a two year old Puggle who was barking and jumping up at anyone who came in the house, barking at the window and every time someone knocked on the door. She also barked and nipped occasionally when me or my family were leaving the house without her. She couldn't be off the lead on the park because she chased bikes and people walking fast/jogging.

Alex has been twice so far and spent a couple of hours with Flo, me & my family and explained to us what the problem was a why she was acting this way. Alex gave us a few manageable techniques to use with her to get her out of these habits. He explained them really well so we understood why we were doing what we were doing, showed us each thing a couple of times and then watched us do it. He wrote down a full guide for us before he left and told us what the most important things were. Alex was great with Flo (he clearly loves dogs!) and she responded to him really well which gave me confidence to try what he was doing. The best part about Alex coming out to see us was that he could see what the problems were and as he understands dogs so well he could tell us why she was like this, we got to the root of the problem and are now trying to change her behaviour so she is better behaved in general!

Since Alex first came 4 weeks ago Flo has been much calmer from day one! I feel more confident and in control of her. She has not completely stopped barking at the window or the door yet but I think she will get there soon and it hasn't been that hard to follow Alex's instructions and get her to where she is now. I am really glad I called Alex, I feel happier, I think Flo is happier and her problems would have only gotten worse and now they are getting better each day and I know how to control her and teach her what she is and isn't allowed to do. Thanks Alex! I would recommend you to anyone having problems with their dogs.

Trainer note from Alex:
This was another case of a little dog who thought she was in charge of her house which, over time, not only caused her owner problems at home, but also on walks. For me it is so important that both dog and owner enjoy their time together when out walking. I went for a long walk with them both on our last session and I was delighted that Flo completely ignored a number of bikes that were racing around the park. Clearly her owner has put the work in and they are now both reaping the rewards. Well done!!
C.G.
Swinton, Greater Manchester 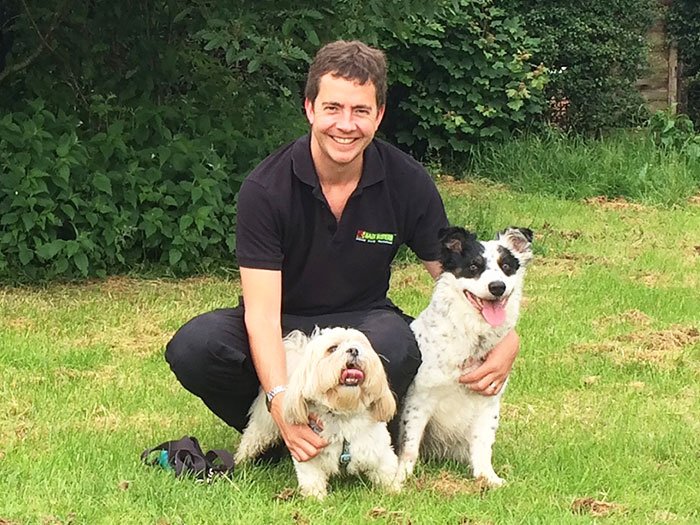