What our clients say about Lynn Prentice

We were stunned at how quickly Lynn identified Punk's behavioural issues and more to the point, the causes of them. She was able to come up with training techniques which immediately helped us to begin resolving the problems - it turned out that actually it was not Punk who needed training but my partner and I. It was things we were doing which were causing him to behave in the way he did. By the end of our initial 3 hour session Punk was walking to heel (having previously pulled us everywhere), started to learn that he was not "top" dog and did not rule our household and was a much calmer animal. Lynn explained that where we had placed his bed in our kitchen from where he had an unobstructed view of our front door, meant he was effectively "on guard", 24 hours a day which accounted for him being so excitable and always wanting to be out in front on our walks, he was just continuing his "guard duty" outside of our home. A simple change to the location of his bed (which we would never have thought of) and he became a calmer, more relaxed animal literally overnight. The training techniques do have to be practised regularly but they absolutely DO work. 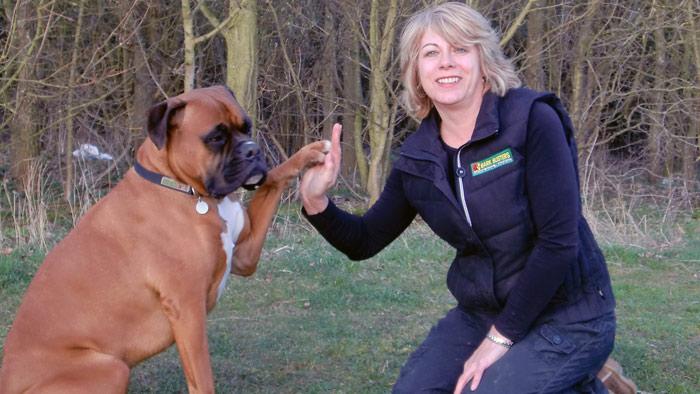