What our clients say about Graham Milgrew

I am just giving an update to my review on 18 May 2018. At that time Hollie was almost out of control, chewing the furniture and carpets, wouldn't listen to any commands and was generally so naughty that we were going to give her back to the breeder until a friend stopped us. I made an appointment with Barkbusters and thank goodness Jo came into our lives with reassurance and good advice and was so friendly and easy to talk to. She assured us that Hollie's behaviour wasn't due to anything we had done and that she was just a very naughty puppy with no off switch. We followed Jo's advice and continued with Hollie's training knowing that we could contact Jo at any time. I can't pretend it was easy and it took time, Hollie was very wilful, but gradually we started to see an improvement in her behaviour and she started to listen to us. Hollie is 13 months old now and is a happy, friendly, beautiful little girl who loves people and other dogs. I am so glad that our friend stopped us giving her back to the breeder, we wouldn't have known the lovely dog she is now. I just wanted to reassure anyone with a naughty puppy please persevere, it is sometimes an uphill struggle, but with continuity of training there is light at the end of the tunnel as we have discovered. A million thanks to you Jo.

Many puppies are relatively easy once an owner knows how to handle them and what to do with them, but some puppies can be like Hollie.  On the go constantly and into everything.  This is totally exhausting for owners and they often feel “it must be my fault” that their puppy is so difficult.  However, some pups are simply very high energy and have very short attention spans.  They can be difficult to train initially because they can’t focus and no amount of “no” will stop them getting into mischief.  Having the knowledge of what to do, and when, is the key to dealing with these puppies. As they mature the owners reap the benefits of all the groundwork the owner has put in. Hollie is brilliant with other dogs, very friendly with people, obedient to her owners and her owner has had many admiring comments about what a well-behaved dog she is. As she says, “there is light at the end of the tunnel” and Hollie is a dog that they can be truly proud of. 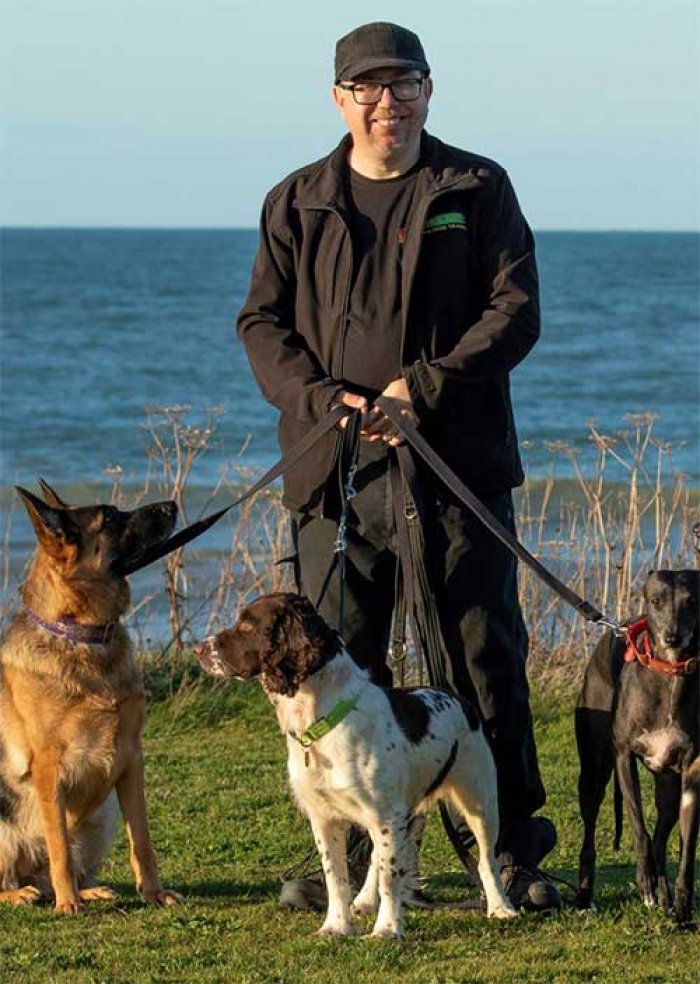