Why Does My Dog? - Dog Training Tips As dog owners, we love our dogs and enjoy their little quirks and personality traits, but sometimes their behaviours might leave us bemused. This is often because these are instinctive survival or pack behaviours inherited from their ancestors.

Give doggy licks and kisses
Some people love and encourage their dog to give kisses, whilst others aren’t so keen. For dogs, licking or kissing is done for several reasons. Mother dogs lick their puppies to stimulate them to breathe when first born, and then to keep them clean. So, puppies grow up knowing that licks are a sign of care and comfort. They in turn will lick their mother to stimulate her to feed them. It is also believed that dogs like to lick, or groom, to show affection to their owners, releasing endorphin chemicals that, just as in humans, create a feeling of happiness and well-being. However, it’s a good idea to be aware of your dog licking you excessively as this can be a sign that the dog regards you as someone he needs to care for. This can bring on other problems as the dog takes on responsibility for your safety and security.

Spin around several times before lying down
In the wild, dogs would not have a soft, cosy bed to lie on; they would choose a spot to sleep and then turn around on that spot to flatten the grass and scratch to get rid of anything that might be uncomfortable, like dirt, sticks or insects. This is how they create a comfortable bed, and their instincts mean that they continue to do this with their bed and blankets in the house.

Bury their toys and bones, or other valuable possessions
This comes from a dog’s instinct for survival. In the wild, they would hide food by burying it so that they could return to it later. In the same way, dogs sometimes bury their most treasured toys to keep them safe from potential theft. It is worth mentioning that, if your dog consistently buries food in the garden, you should consider a review of their diet as their current food may lack the nutritional value needed for a healthy dog.

Wag their tails
A wagging tail can be a sign of excitement and joy, but is very often simply a sign of anticipation. Sometimes, dogs will wag their tails even when frightened. It can be difficult for owners to assess the reason for the wagging tail if they don’t know what is stimulating the behaviour. Some say that a tail wagging to the right is a happy tail, and a tail wagging to the left is a worried tail. It is often best to observe your dog’s overall body language and their facial expression to decide whether your dog is comfortable or not. It also depends on the position of the tail; relaxed slow wag or high straight stiff wag mean completely different things. See our infographic on Understanding Dog Body Language to familiarise yourself with your dog's body language. Roll in fox poo, manure and other foul-smelling substances?
This is another instinct used in the wild. It is thought dogs would roll in strong-smelling substances to camouflage their own scent and enable them to creep up on prey.

Eat grass
Research has suggested many reasons: self-medication, seeking certain minerals, to promote vomiting for an upset stomach or from eating something indigestible, to help indigestible items to pass through the digestive system safely. If your dog doesn’t get the opportunity to eat grass regularly, grow them a pot in your garden!!

Lie in doorways or "in the way"
Many dogs seem to have a “super power”. They seem to read our minds and know when we are going out, going to the kitchen etc. But what they are most likely doing is positioning themselves so that they know the moment when anyone moves! They may immediately get up and get to the kitchen in front of you or may just lie there and expect you to step over them as they are awake and can watch you! Pant
Dogs don’t sweat so can overheat very quickly so the longer your dog’s tongue is hanging out the more he is getting rid of excess heat. It can also be a sign of stress and anxiety, especially in dogs who are fearful of fireworks, loud noises, storms etc.

Lift a paw
This can be more common to certain breeds such as pointers and other retrieving/hunting breeds but can be observed in many others. It can be a sign of anticipation, confusion and minor insecurity, or when you are teaching a new trick or game and he’s trying to understand what you want them to do.

Sniff in general
As we said above, a dog’s sense of smell is his strongest sense. Their eyesight is designed to spot moving things that’s why rabbits freeze when spotted! Dogs learn much about their environment by using their noses, and even scents that are quite old are still very enticing for a dog!

Scent Marking
Dogs attempt to avoid any physical conflict by leaving a scent on trees, lamp posts, bushes etc. They are marking their territory and thus communicating with other dogs. You may find that your dog sniffs these scents and either moves on or scents over them. Dogs will scent over the top of another dog’s scent. You may have seen two similar-personality dogs go round and round a tree, repeatedly cocking their legs over each other’s scent. Dogs that scent excessively can be nervous and attempting to keep themselves safe. Insecure dogs will also often mark in the house to feel they are protecting themselves and their pack.

Strong-personality female dogs are also inclined to mark and, if not spayed, will do so more during her season.

Scraping their feet
Connected to scenting, this is the action where the back feet or all four feet are scraped over the ground following scenting activity. It’s because dogs have scent glands in their feet and by scratching the ground with their claws and leaving an extra scent they are leaving both visual and scent clues for other dogs.

Play
Because dogs are social animals, they play. Much of their learning is done through play and their place in the pack is established in this way. Dogs who do not observe the etiquette of play will be told off by one or more of the dogs they are playing with. Play is healthy so long as it doesn’t become too rough, or escalate to fighting, or risk an injury to one or more of the dogs. It is also a way of testing abilities, such as speed, strength and agility in each other so they can establish their level in the pack.

Our dogs are truly amazing animals, and their evolution into the family pet that we now know, and love shows their incredible ability to adapt as well as their capacity for love. The fact that they retain some of their instinctive behaviours from their ancestors, only serves to demonstrate to us the privilege of having our own dogs as pets who live, for the most part, according to our human rules around social etiquette, schedules and lifestyles. 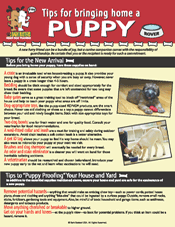